The project “Women and Youth for Peace” aims at increasing women and youth’s potential to be both the drivers of positive changes in their community and, at the same time, the main actors of peacebuilding and stability in Tunisia.

The objective of the project, now in its second year in operation, is threefold:

With its activities running in Tunisia since 2018, Helpcode aims at strengthening the bond of women and youth to safety and peace jointly with its local partner IDH in the context of a public dialogue on tackling violent extremism. The project is being implemented in three areas of the country: 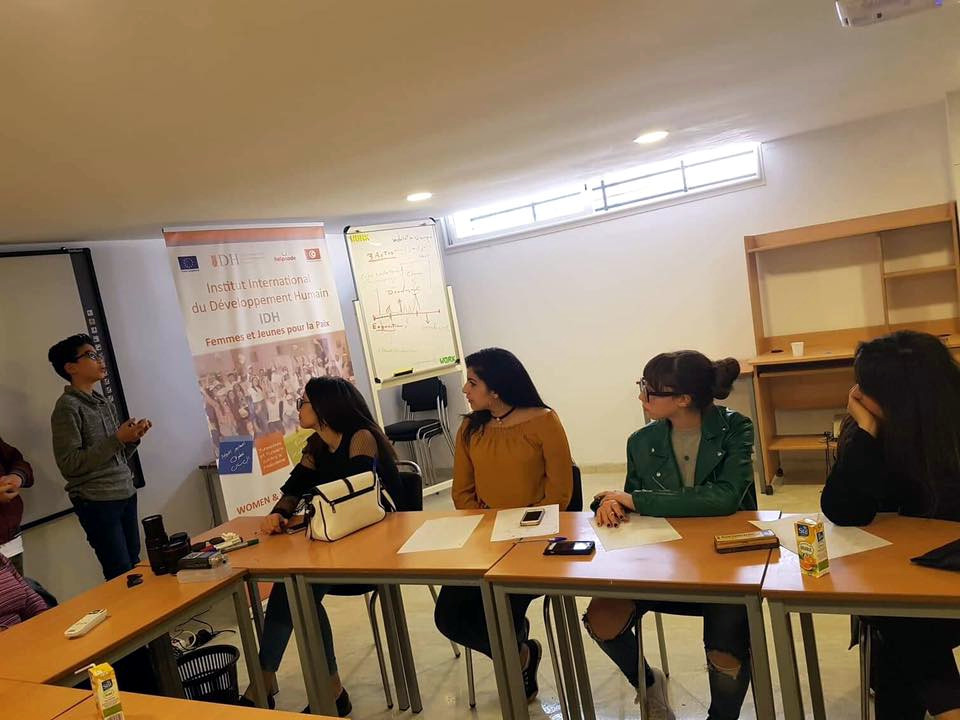 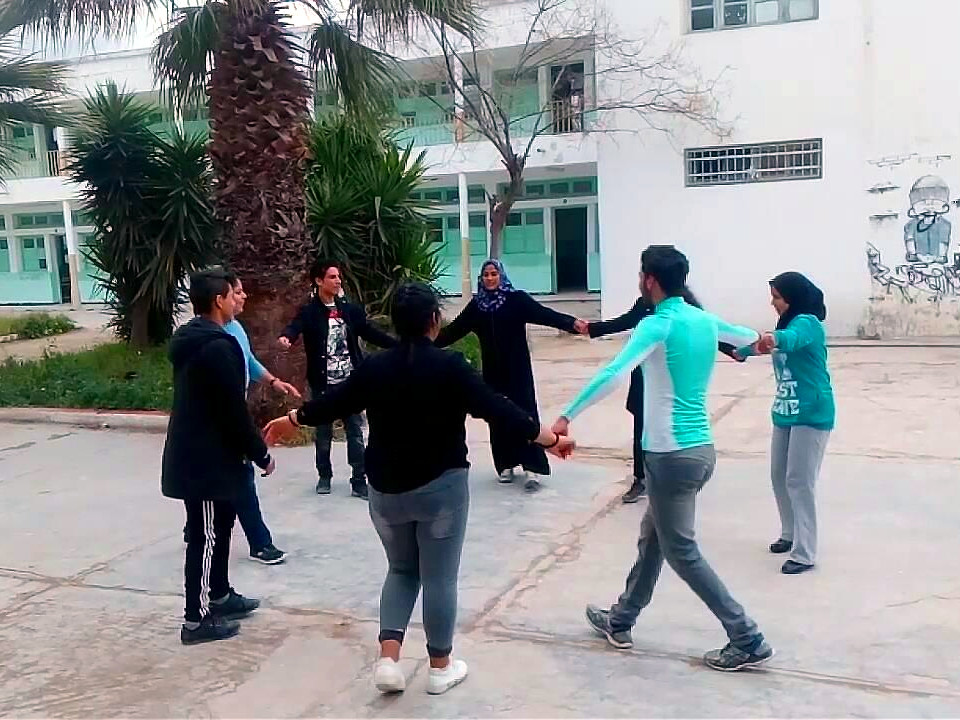 In 2018, around thirty high school teachers have been trained on violent extremism prevention in the abovementioned areas. They are members of the Tunisian Association of Civic Education (ATEC – Association Tunisienne d’Education Civique) and, together with women associations and civil society representatives coming from the south of the country, they started a dialogue on how to prevent radicalization among the youngsters with a specific focus on southern Tunisia. Here the reality people face is harsh, recording high isolation rates, lack of training opportunities or a favourable job market and a stronger influence of violent speeches.  For this reason, the project aims at creating a “Peace Club” in the schools involved, where the IDH operators carry out monitoring and students’ engagement activities though videoclips, film forum and class debates. 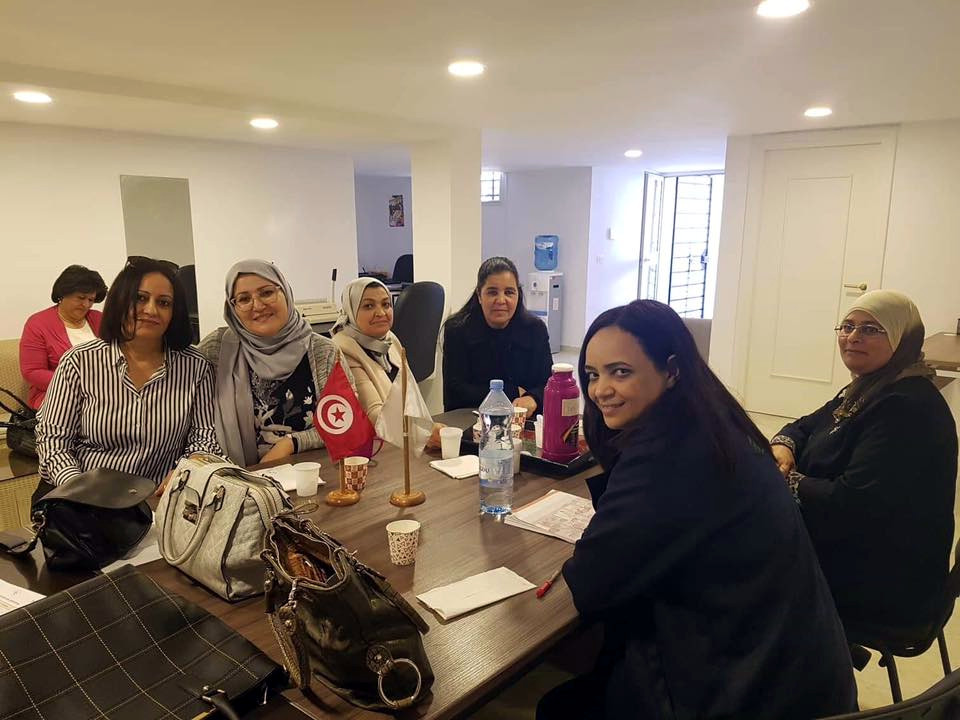 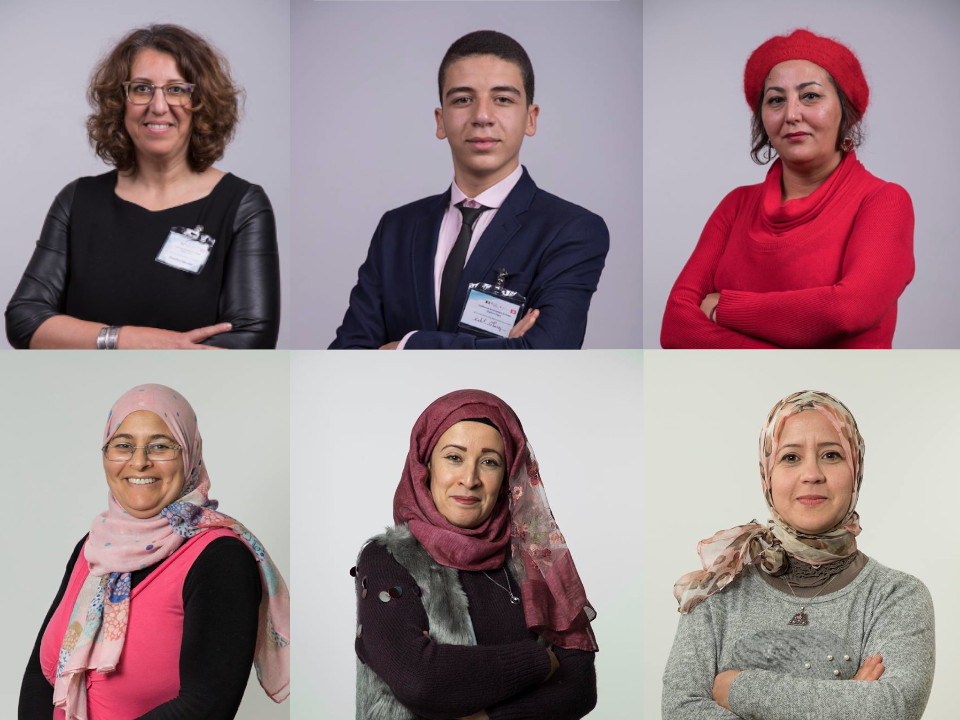 One of the greatest local partner’s achievement is the identification and selection of the ambassadors of peace – as stated by Emna Jebloiu, director of IDH and member of the Government Committee Against the Violent Extremism. Awareness activities carried out in high schools of Tunis Governorate and meetings with hundreds of teen girls and boys led to the identification of 97 peace ambassadors, including 66 women, committed in promoting a culture of peace among their contemporaries.  This represents a strong signal for the Tunisian society, which now aims at redeeming its international reputation and anymore wants to be identified as land of foreign fighters.

The training of IDH and civil society’s operators is supported by Helpcode through monitoring missions and capacity building activities on administrative skills and social project management. Actually, the training in Tunis of the administrative manager on the reporting procedures has been recently completed: a step forward in the improvement of a Tunisian partner’s management skills.